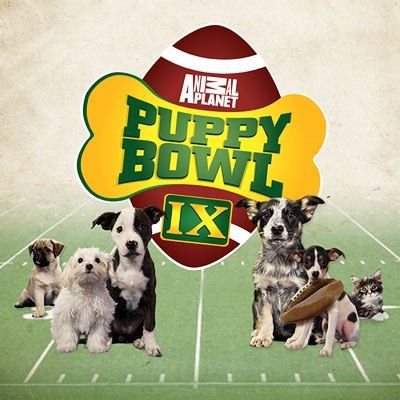 This event is an annual television program on Animal Planet. It copies an American football game similar to the Super Bowl…using puppies.

Each year on Super Bowl Sunday, the show consists of footage of a batch of puppies at play inside a model stadium.  Commentary on their actions is just like a football game! All from local shelters, the competing puppies are adoptable.  As a result, the program raises awareness about adopting pets from shelters and promotes rescuing abandoned animals.

I’ve got  more than the average credentials for this particular gig.  With three rescue dogs of my own, honestly, sometimes my regular life looks pretty much like a Puppy Bowl episode itself!