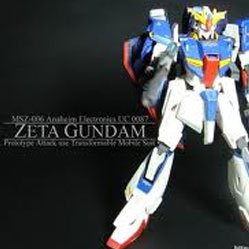 Dave’s animation voiceover rolls in the Zeta Gundam series were a little more limited after playing principle role of Master Asia in the G Gundam series and games.

Dave voiced the parts of the Narrator and Henken Bekkener in this series. Henken forms part of the AEUG’s initial core leadership on the battleship Argama. Calgary’s Chinook Animation was the recording location for this series.

Check out Daves’ other voice over projects HERE.