Get Behind The Voice with Dave Pettitt 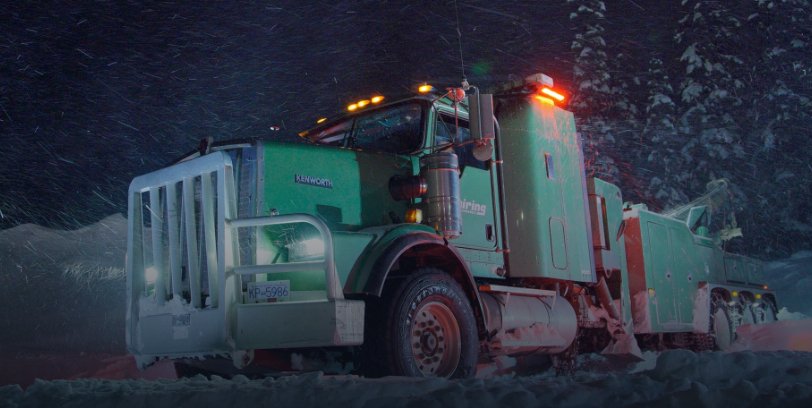 10 years down the road, and after a decade of getting behind the wheels, we get behind the voice.

It’s hard to believe that the 10th season of Highway Thru Hell has just aired. Although ten years is a long time to be on the road, time goes by like a blast of winter wind.

That’s ten years of narrating the unbelievable driving conditions. Ten years of ridiculously challenging rescues. Close calls and tense moments.  Ten years of incredibly relieved drivers. And that’s just what made it onto the show.

Did You Watch the Season 10 Finale?

The Season 10 finale of Highway Thru Hell looks back at some of the most memorable wrecks over the last decade and the crews that handled them.

Likewise, I’ve experienced all of those dramatic moments right alongside the audience from behind the microphone. And for every story that we’ve seen on the screen, all of those crews have got truckloads more that didn’t. There’s no doubt that it takes a very special breed of hero to risk their life to help stranded drivers on one of Canada’s lifelines.

Back in late July, I headed out to Abbotsford to get in front of the camera with Jamie.  It was a great opportunity to talk about some of the behind-the-scenes efforts for the Season 10 finale. I wish I had left in an old Ford Bronco, but that’s a different story. Jason… call me!

I reassured Jamie that everyone was glad we both had our respective jobs, though. Firstly, people would much rather have him and the other fellas on the mountain saving lives.  Secondly, everyone is much better off with me in a small room talking to myself…in Mexico.

Taking the audience behind the voice with me offers a perspective on narration that viewers don’t often get to experience. I would love to show you more someday.

Leading up to the shoot, the producers asked me to think about a particular wreck that was most memorable for me. How do you choose? Well maybe for time’s sake or because I’m just not that funny, the one that comes to mind didn’t actually make the cut.

The story that most stood out for me was the juice box fire. Not that the wreck itself was funny.  Nope. It was as dangerous as it gets. A wreck where the cargo caught fire. It just so happened to be a load of juice boxes raging out of control to the point where they just had to let it burn itself out. BUT I had to make it sound as dangerous as it was. Despite the dire situation, I defy anyone to say, in their most serious, high-stakes voice, “A raging inferno of juice boxes.”, and try not to laugh.

Now I can’t lie, it would have been great to have had my ten-years-ago face in that studio. But there you go. I’m experienced. Above all, it’s a fantastic journey we’re all on, courtesy of consistently great production by Great Pacific Media, Thunderbird Entertainment and Discovery Canada.

I’m thrilled and thankful to be a part of it.

For more about my life behind the voice, click HERE.